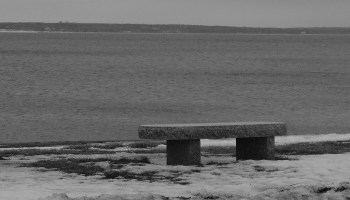 Was she relishing in the notion of temporary relief from a demon who’d challenged her years ago?

Did the thought cross her mind she could be ingesting a drug so potent she could find herself in the depths of delusion but unable to find her way out?

Or was the pain so strong, the demon so dark, the burden so heavy and relief so elusive that she Just. Didn’t. Care?

Did she know others did or did she feel abandoned, ashamed and alone?

She. A lovely young lady who passed through my life; yet without permission to publish her name I can only call her a pronoun – she.

After the comment “addiction is a decision … and a very stupid one” sparked an outrage and outpouring of response among friends on social media not too long ago, I became concerned whether we as a society have become so close-minded that we refuse to entertain the possibility that there’s so much more to addiction than a user’s bad choice.

Feeling “there was something more going on beyond just the chemical factor” Johann Hari, former journalist and author of “Chasing the Scream” questioned, “What really causes drug use and drug addiction?”

The culmination of fully immersing himself into three year’s research, Hari states in the book’s Introduction and in interview with The Fix that “Drug addiction is not what we have been told it is and punishing and shaming drug users only makes them worse – and creates a blizzard of other problems for society.”

So as her body lay limp, her brain lay idle and her organs send signals to a myriad of monitors, I wonder, if she could view herself lying comatose from overdose would she have put the needle down? Did she wish someone had intervened?

So many questions. None of which blinking monitors can answer.

They’re not comforting, those blinking monitors. They’re like the final symphony of struggle this victim lay bearing. Yet I can’t help but wonder if where she lie is relief from the burden that delivered her there.

Is it the misfiring, cross-firing or hard-wiring of cerebral chemistry that sends one into the depths of addiction yet not another? Is one born with this malfunction or does life lace it as struggles? Did she reach out for help and none was forthcoming? Could her friends see a problem yet unable to reach her? Did she have a parent standing bedside, flashbacks of their little girl filling the void of the reality that lay before them? Does she really want to die or is she simply unable to outrun this demon?

So many more questions. None of which blinking monitors can answer.

In “A three-part path out of addiction” published March 6, 2015 in the Cape Cod Times, 38-year sober, Harvard-trained certified addiction specialist and 30-year CEO of Pathways to Freedom Inc., John Paul Nickerson shares, “Addiction is a disease, a complex, holistic disease. Substances are not addictive, people are. We need to switch focus from substances to people, from punishment to treatment, prevention and education.”

Prayer, because there’s still so many questions. None of which blinking monitors can answer.

From the looks of things, I’d say she has struggled to survive the unplugging of life support long before now. But the moment of truth is upon her. Will she make it? Is the choice even hers anymore? Has she used her last trump card?

The wait was short.

She lost her battle.

As statistics continue to rise and addicts continue to fall, I can’t help but join in Hari’s quandary, “why do we carry on with the strategy we’ve got when so many can see it doesn’t work?”

“It’s a girl!” may have been how this young lady made her debut, but she deserves more than a statistical farewell as a pronoun in a drawer in the coroner’s office.

Follow Living Life in the Faith Lane on WordPress.com